Malcolm David Thackwray, born 30th April 1943, Holland on Sea, Essex, an inventive child who developed into an artist craftsman in the broadest sense of the term. He describes himself simply as a maker. Others have described him as a creative polymath due to the range and quality of his creative endeavours.

A scholar of Northgate Grammar, Ipswich, and Woking Grammar, Surrey, he went on to Guildford School of Art in 1959: graduating in 1963 with a National Diploma in Design, specialising in Fine Art. The four year course gave a thorough grounding in everything from print making and sculpture casting to calligraphy and art history. Art School liberated him but he decided against a post grad at the Slade in favour of getting a job, and life took a different path. He continues to believe that the ability to draw is the single most important thing an artist or designer must be able to do, maintaining that only by seeing into the heart of a subject can we appreciate its essence and truly know it, and drawing facilitates that like no other process. His other academic qualification is a Diploma in Community Education from Oxford University. 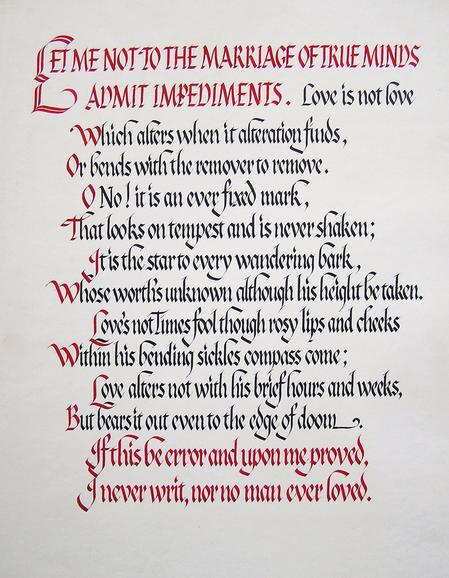 After Queens Park, Malcolm converted a minibus to a mobile home and he and his partner spend several seasons painting, creating touring exhibitions and selling their work. Caught up in the Golden Jubilee fever, the pair created an exhibition of 50 portraits of the Queen showing her from childhood to the new millennium. With the Queen’s permission the collection was offered to various charities to auction to raise funds.

​The loss of MCDA’s workshops to sudden redevelopment broke up the firm and Malcolm moved to Warminster, Wiltshire and the house he had been rebuilding for several years. There followed a creatively quiet time when family, children, and mortgages dominated life. By now Malcolm’s art and craft skill was extensive, enabling him to turn his hand to dealing in and restoring antique furniture, musical instruments and fine art for extra income. Eventually a new workshop was found and purchased in nearby Westbury and Malcolm began again to design and manufacture one off specials and a range of fibreglass planters and furnishing. For fun he also sculpted a quarter size pony which he cast in fibreglass and mounted on rockers for his children, and now grandchildren. Amazingly, he was also teaching a day a week at distant Reigate & Guildford Schools of Art.

In 2000 they moved permanently to the West Country to refashion yet another property in need of lots of TLC. The painting, interior design work and making continued with objet d’art, e.g. like the story box collection sampled here, being evolved from discarded materials and a single idea. 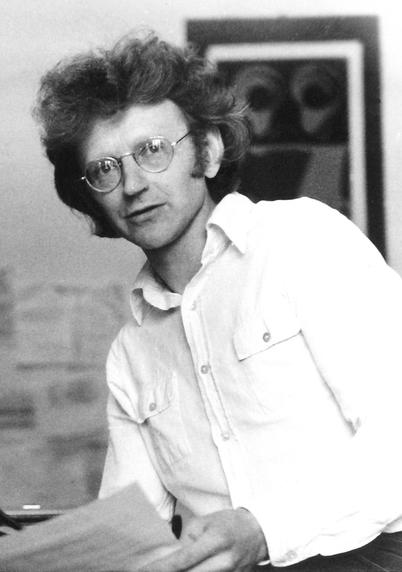 In 2006, concerned about climate change, Malcolm set about trying to write a novel set in the future after the consequences of our stupidity had taken their inevitable effect. His idea was that the only way to initiate any change in human behaviour was to cultivate the young about the complacency of their parents and the consequences of inaction. Learning the craft was a lengthy process but there are now three linked novels forming a trilogy beginning with a time travel adventure for young teens that develops through the present to the Apocalypse and concludes in an imagined future. He has also written a stand alone art crime/love story for adults and a story book for the very young. They are to be self published in the near future in print and as e-books for download.

Malcolm sadly lost his battle with a serious illness and died in October 2015.

There followed a time of working alone with intermittent one off commissions making feature pieces for banks, businesses, public spaces and private individuals; plus the pursuit of ideas for products for small scale manufacture.

Eventually Malcolm teamed up with an old art school colleague, Brian Charles Evason and formed Malcolm Charles Design Associates (MCDA). The pair developed a range of paper engineered products that sold widely and were awarded the coveted Design Centre kite mark. Approached to design diverse things their reputation grew and they were often working night and day to fulfil orders. They made prototypes for people like Terence Conran, Ron King and Henry Long, designed and printed silk scarves for Mary Quant, fabrics for Simon Eva, posters for Surrey University, and commissions for Heals of Tottenham Court Road, plus numerous one off commissions for private clients, including a lute in kit form with early musical instrument maker Michael Heale.

On an initiative of Professor Lewis Elton (Ben Elton’s father), Malcolm was appointed to pilot an arts workshop at Surrey University. The year long experiment produced a valuable report and suggestions for the future as well as a large anti-Vietnam war mural of the American eagle mounted on coke cans and studded with bottle tops. This work survives and still graces a balcony wall of Senate House.​ 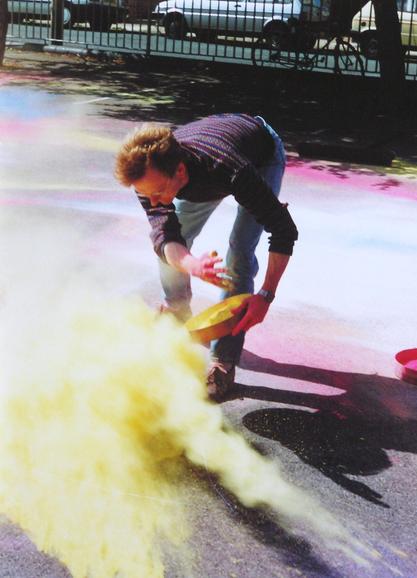 Malcolm’s tenure at QPC came to an end in 1997 when Bucks County Council faced with a huge education budget deficit, withdrew all non-essential funding, thus making QPC and all its staff redundant. Malcolm reluctantly accepted an offer of early retirement. As a Registered Charity the Council could not close the Centre and the management team led by Malcolm’s deputy, Peter Cusick Riley, leased the property to continue trading. There followed some lean years but with loyal support, much hard work and fund raising the Centre was eventually purchased by the charity. Now in 2015 Queens Park and the Limelight Theatre are thriving and can claim to be the only independent arts centre in the Country.

For several seasons Malcolm became the designer and maker of theatre sets for the Ondaatje Theatre in Blundell’s school, Devon, producing some amazing sets with limited resources, as well as teaching students the rudiments by involving them in the processes.

Warminster, despite its size, boasted a small arts centre, The Athenaeum. When they discovered his background he was encouraged to join the centre’s management committee and review its activities from a new-comers perspective. His discoveries and subsequent report precipitated a numbers of changes and economical improvements done by volunteers led by Malcolm. He completely redesigned the marketing, with a new bold logo, dramatic posters and leaflets and a pavement obelisk after the Paris 19th Century style, and the dreary gallery area was refurbished and added spotlighting. He then canvassed the local arts community and organised an exhibition programme which was so successful the coffee bar was making more money in a day than it previously had in a month. Theatre audiences more than doubled and the accounts soon had a healthy surplus. Malcolm was by this time well into and hooked on the whole idea of community arts: the mantra ‘Every Town Should Have One’ became his credo and his other creative activities took a back seat. Then the universe intervened.

The hugely popular Christmas Pantomime Projects were one of his favourites; though an immense amount of work for him as producer, set designer/maker and stage hand throughout the Christmas period run, sometimes stepping in to perform as Trees or in Peter Pan as the crocodile. He also wrote a modern pantomime called Green Teddy complete with libretto and lyrics, a theme that preceded but echoed the film Toy Story. For this he designed a complex magnificent set where in the last act a fourteen foot high robot transformed from the flat floor of the stage. Limelight productions became so good that they were encouraged to tour, one notable success being West Side Story which received standing ovations wherever it played (again Malcolm designed the set).

In mid-1978 a job description circulated to all arts centres arrived at Warminster and was passed to him. He fitted the requirements perfectly, made an application, was interviewed and appointed. The venue was a derelict, Edwardian school in downtown Aylesbury: 10,000 sq.ft., of burst heating pipes, broken windows, falling ceilings and dirt: it was perfect, a blank slate. Added to this no one there had any idea what an arts centre could or should be. It was carte-blanche but with little funding and loads of scepticism as to its likely success. With what funds were available the initial contract was begun to restore services, leaving Malcolm to make contacts, canvass the area, raise money, beg and borrow equipment, seek volunteer help and enthuse local artists and craftspeople with his ideas for the centre.

18 months later, having personally plumbed all workshops, laboured for volunteer electricians and bricklayers, applied more than 300litres of emulsion paint, sanded and varnished floors, adapted and refurbished quantities of 2nd hand furniture and designed and printed the first marketing materials and brochure, the educational charity Queens Park Arts Centre opened its doors for business. Ten art and craft workshops a week soon grew to fifty in three sessions a day 10am – 9.30pm. Funds accumulated and were ploughed back purchasing equipment unaffordable at the outset. Drama was a great draw for the young and soon there was strong support to create a proper theatre facility in the old school hall space. This needed to be flexible to double as a work area: thus Malcolm designed a scaffolding mezzanine with a pull out bleacher seating rake and a flat floor proscenium stage (later copied for Stowe School studio theatre).

The space was also ideal for master classes, and people travelled the length and breadth of the Country to attend demonstrations by internationally renowned potters and artists. And with the bleachers away, theatre companies came to give special dance, drama and mime workshops.​

After minor commissions at Art School, his first creative employment was as an associate in the studio of the civic sculptor William Mitchell, then at the height of his fame and churning out designs whilst the associates turned them into the full size pieces. Some were created entirely in the studio whilst others, like the in situ concrete pieces, were sculpted on site attached to the shuttering and there cast and hand finished. In his two plus years with Mitchell, Malcolm spent a good half in cities like Liverpool, Birmingham, Manchester, Nottingham, Coventry, Sheffield and Chester adding art to architecture. Mitchell was a great entrepreneur, always on the look out for new materials and techniques, and Malcolm says his influence helped free him from the rules and formalities of a traditional fine art education and opened his eyes to a world of creative possibilities and potentials.

In 1966 Malcolm left the London studio to pursue a freelance career. His first major commission came from a London County Council competition to design and create a memorial wall to commemorate Robert and Elizabeth Browning’s residence in Warwick Crescent, Little Venice, W2. The Times newspaper photo here shows it shortly after completion (13th July 1965), the work remains in excellent condition to this day.